In 2014, I was invited to a United Nations meeting on the State of the Ocean through the Georgetown Scholarship Program. They knew about my passion for the environment and climate, so when they had the opportunity for a student to attend, they called me. Next thing you know, I’m at the UN Headquarters with politicians, and Heads of State and CEOs. I was 19 years old at the time, and it was an incredible experience, to be learning about the state of the ocean in a way I’d never heard about it before.

Take Responsibility
From my first meeting at the United Nations, I felt a sense of responsibility to truly take what I had learned, the frustration and anger I felt that there were no solutions, I felt obligated to bring that to my community at Georgetown. No one was talking about the ocean back then. That was why I did it. I felt responsible, I had been looking for a role, and I finally found my cause.

I went back to Georgetown after the meeting with two circles in my notepad. One circle was young people, and one circle was leaders and heads of state. I realized the middle ground is where I had to build a platform; these two groups were not communicating at all.

Create A Community
When I started the idea that became the Sustainable Ocean Alliance, I was a freshman in college, with all these ambitious plans. Some people said there’s no way Secretary of State John Kerry will meet with you, no way National Geographic will participate. I didn’t find any support until I met with the program director (at Business for Impact). I met Bill Novelli, and (Business for Impact) loved the idea of hosting a summit on the state of the ocean, bringing these young people together with heads of state. That was where we began.

It helped me in understanding I wasn’t alone in this vision that I built; I had a community and a support system, and that helped me with the tangible next steps I needed to take to get there. Georgetown played a role not only in giving me a platform to build out the State of the Ocean summit, but to have people — alumni, administrators and faculty — who helped me build the organization.

Don’t be afraid to ask for help. I think a lot of students are worried about what people might think of their ideas, or think they have to do it all on their own, and that mentality will not get them anywhere. They have to ask for help, reach out to their professors, advisors, fellow students, make everyone join them in their journey. That’s the only way I could be successful, asking for help and building a community.

By the time I graduated, we had an annual Sustainable Ocean Summit. We had about 30 hubs around the world, with young people in over 80 countries working on the ground on specific ocean projects. Those projects varied from planting coral reefs to advocating for marine protected areas to banning plastic straws from the university.

Take A Leap Of Faith
The day before graduation, I had turned down all my job offers for the traditional path, of consulting on Wall Street. I had no money, I had no personal savings to do this on my own, no money for the nonprofit. I was, quite frankly, terrified as to what the future could hold, but I also had faith in my gut feeling and my belief that I could build this organization. I was going to do anything it took to keep working on it.

I received a phone call from Leslie Crutchfeld the day before graduation. She said, knowing everything I had been going through, Business for Impact would give me a two month internship stipend to support my work, to help me build my nonprofit over the summer. That financial backing gave me the foundation I needed to fundraise and meet people; after two months, I was able to raise enough money to move out to San Francisco.

When I moved here, I had raised enough for me to survive a year in San Francisco. But by December, that money was running out. I was looking for funding full time but getting turned down everywhere. A cryptocurrency tycoon had written an article saying he was giving away $50 million to nonprofits, so I found his email and emailed him. I said “Hey, this is my vision, this is my passion.” The next day he wrote me back and said “I love this, here is a million dollars.” That donation enabled us to build the actual program, to scale our offerings for our young people, to create our impact accelerator program.

Innovate
My biggest obstacle at the beginning was in finding the right funders to believe in me and the vision we had in protecting the ocean. Traditional foundations and traditional funders kept turning me down because my philosophy of entrepreneurship and young people was not in their portfolio. So I had a tremendous challenge of finding the right people who believed in innovation and young people. It is sad that many traditional foundations, and the mentality they have, is not complementary to the perspective on innovation entrepreneurship; I want to change that paradigm. It’s not going to take only policy; it’s going to take policy, innovation, economics.

The reason I chose San Francisco as our home base was because I wanted to replicate everything happening in Silicon Valley, in terms of investments and technology, human capital and resources that were being backed into these technology companies, I wanted to take that and put it into the ocean space. I wanted to apply the Silicon Valley mentality to protecting the ocean. I wanted to accelerate the right access to customers and products to make their services scale. In San Francisco, I’ve found not only the right funders, but the right partners.

Create Hope
Despite all the grim predictions about the future of climate, I have hope. I have an understanding of where progress comes from, and I know what we need to invest in to make change happen in a grand scale. At Davos this past year, we announced that one of our goals and commitments is to do 100 in the next 3 years.

Last year we accelerated five ocean technology companies. One company is called Loli Ware – they’re creating straws made out of seaweed; plastic lasts a lifetime in the ocean; but these straws dissolve in water in 18 hours so a person can even eat them. These straws can replace plastic as a material.

Another company is Safety Net Technologies. They’re attaching electric mechanical devices; attaching a flashlight to fishing nets, these two PhDs found out that fish see light differently, so if you change the wavelength of a device, you can direct fish from a net, so you can target the fish that you’re catching by up to 90%.

Be Self Aware
You have to know who you are and what you’re willing to sacrifice for the work you’re trying to do. I knew that my passion and my commitment to protecting the environment was my primary focus, more than having a social life. And that’s just a reality of it.
Entrepreneurship is very glorified, and you have to know yourself and how hard you’re willing to work, and the lifestyle you’re going to have. You’re not going to have a six figure salary starting out, you’re going to have to work up.

Be Fearless
Finally, you have to be fearless. Not that you shouldn’t be afraid of the uncertainty that entrepreneurship brings, but you should have the courage and determination to work hard and make that happen. I feel like I did that every single day. When you have to pay your employees, make a big ask of a funder, every day is a big decision you have to make. Because I know myself and know who I am, and what I’m working for,I can keep going and move forward with my vision.

Daniela Fernandez, Georgetown Class of 2017, is the Founder and CEO of the Sustainable Ocean Alliance, a nonprofit that she started while a student at Georgetown, with the support of Georgetown Business for Impact. Her nonprofit to save the oceans is applying the Silicon Valley mindset to social change, giving tools to students and accelerating impact for ocean technology startups. As she says, “I always reference Georgetown as part of my story, because it was the beginning of everything.” Here she provides her guidance on what young people (and old people too, for that matter) must do in order to create change. 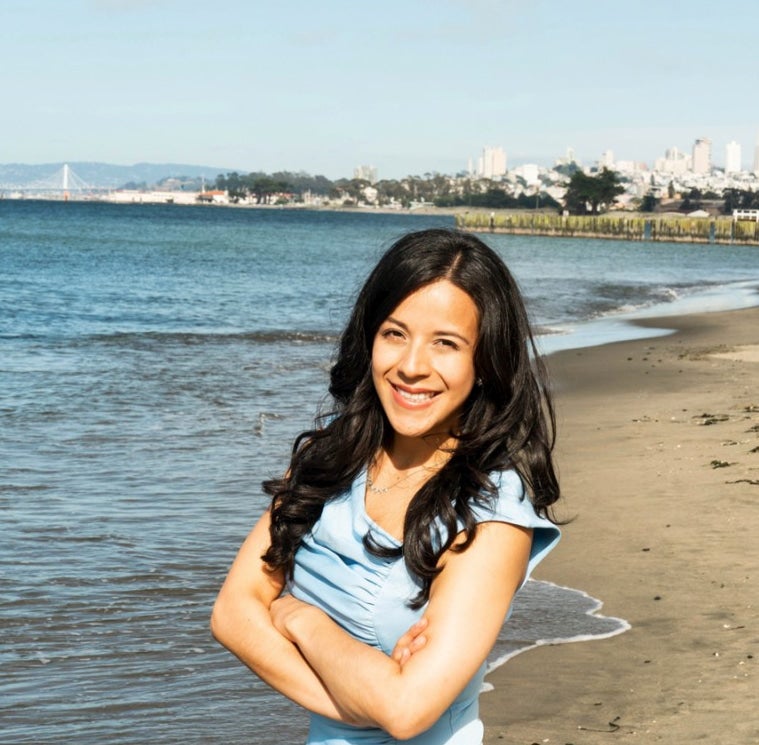